Naming a baby is easy right because we all have a list of names on our phone right?
Wrong.

Growing up with a unique name Shayla I’ve always been obsessed with thinking of baby names.

So yeah, making a list is easy… the kicker is when you have to AGREE on a name with your spouse. Or if you let anyone else in on the name you’re thinking. The first piece of advice I have is, just keep it to yourself until you have it narrowed down, or heck until the birth certificate is signed!

When we were thinking of baby names I found the tinder of baby name apps called “Baby Name“. You literally pair up with your partner on the app and it will show you the “matched” names you have!

Another thing I looked up are things to consider when naming your baby and found this random article.
A few important ones to consider are: the initials of the baby, anything the name may rhyme with (if recess is even a thing, kids are ruthless out there!), there is also a thing about having different syllables in the first last and even middle name. For example the first name would have 2 syllables, the middle has 1 and last name 3 for example: Sara Jane Anderson, an interesting thought.

Finally, one thing Seth and I did that was actually kind of fun was going through our little girl’s life with the name. I’d prompt him with a time in her life and he’d have to use the name (I can’t believe he played along).
For example:
Me: A brand new baby. Seth: “Hey Baby girl, Aliya!”
Scold a toddler: “Aliya knock it off!”
Graduation: “Congratulations Aliya James”
Her Boyfriend: “Aliya! Are you ready yet?!”
Job interview: “Thank you for coming today, Aliya. Can you please tell us about your experience?”
Grandma: “Let’s go see Grandma Aliya”

Often names are SO cute for babies, but not always for a working professional.

I REALLY wanted a gritty name. One that wasn’t too feminine. I wanted it to be unique (no top 100) but not TOO weird. I always felt like Shayla was different but didn’t make you go “wtf”?
We wanted to use the middle name Lynn but when we chose Aliya, Aliya Lynn felt way too girly so we opted for a grittier Aliya James and I love it.

Okay let’s get into it! I’m also going to link each name at Nameberry.com if you want to look into them further! 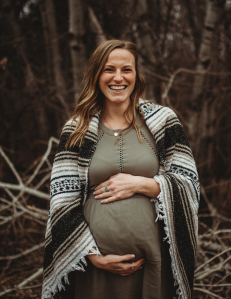 Hey! I’m Shayla and I’m trying to figure out this life like all of us, I LOVE learning new things and sharing them with you!!
I started this journey traveling full time in 2015… Living on a one way ticket.
Then in 2020 I started my biggest adventure (and best one way)… motherhood!
Read More…